Road signs, or signs that provide information to travelers, have been around in some form or another for centuries. The Romans had milestones which showed people how far they were from Rome. During the Middle Ages it was fairly common to find a multi-directional sign showing the way to various cities and towns at major intersections.

Originally these signs were either stone or wood, but were eventually replaced by painted cast iron signs in the 18 th and 19th centuries. Over time these were replaced by signs made with more durable metals such as pressed iron, aluminum and steel. These days, road signs are usually made from sheet aluminum and retroreflective adhesive plastic coatings that make them more visible at night or in low light conditions. 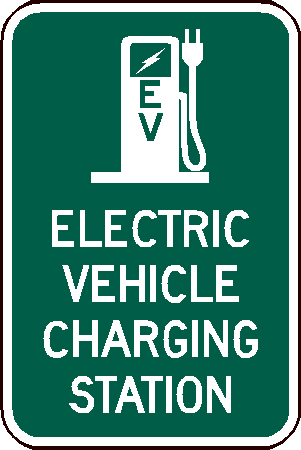 But with everything being updated to fit into the new Internet of Things revolution, it was only a matter of time before road signs got an upgrade as well. We’ve already seen electronic road signs that can be updated to display everything from expected travel time to Amber Alerts. And now US manufacturer E- Ink has taken the concept one step further by creating signage that uses e-paper.

These e-signs, which use the same technology you see in e-book readers and smart watches, first appeared in Sydney in 2013. They use a platform designed by Visionect to communicate over a 3G cellular network and a recent tweet reported that they have experienced zero failures with the network. They’re also solar powered, so they are essentially “place and play“ devices that mean power outages are no longer a concern.

Until now though, the limitations of color e-paper displays have meant that e-signs are only available in black and white. And according to Design Workplan, a white background can easily overwhelm black lettering. That would make it unwise to use e-signs in place of the usual brightly colored road signs we see and love to ignore on a daily basis.

But once again, E Ink was not satisfied with the status quo. They’ve been working on developing a e-paper that doesn’t suffer from the contrast and color correctness issues that the color masks used until now caused. And their winning of the 2017 Taiwan Gold Excellence Award for e-paper that uses true color instead of an overlay proves that their efforts have not been in vain.

Not only does this technology preserve the ultra-low power consumption that e-paper traditionally boasts, it also offers up to 32,000 color combinations. While this technology is not yet commercially viable, it opens up a whole host of possibilities when it comes to e-signs. And considering the exorbitant cost of putting up temporary road signage every year, installing permanent signage that can be updated as necessary is a smart investment for any city.

But updates in road signage are not limited to the physical signs themselves. Fully automated self driving cars are still a long way in the future. But technology such as Honda‘s SENSING system is already helping drivers stay safer by automatically applying the brakes to avoid collisions or warning when you when you stray out of your lane.

And now vehicle manufacturers including VW, Nissan, Mercedes, Mazda and Audi have started implementing Traffic Sign Recognition systems in their latest models. Using a forward sensing camera, your car now reads road signs and displays them on your dashboard, which is great for when those untimely distractions cause you to miss important signs.

But Ford has taken this one step further by introducing an Intelligent Speed Limiter. This innovation reads posted speed limit signs and automatically adjusts your fuel flow to keep you within the legal limit. Both of these technologies are not yet infallible, but they are changing the way we drive and making our roads safer for all.

Road signs were originally developed to help keep people safe and avoid the hazards of traveling by road. And as you can see, there are innovative people who are helping to make sure that their basic functionality keeps up with modern developments. Who knows, one day physical road signs may give way to “virtual road signs“ that only your self driving, possibly flying, car can see!