Defensive driving is one of those things you’ve probably heard about, but you’re not exactly sure what it actually is. According to the National Safety Council’s Defensive Driving Course, it is “driving to save lives, time and money, in spite of the conditions around you and the actions of others.”

Now what that actually means is that you drive as though the driver of every other vehicle you see got their license in a lucky packet. Every pedestrian either has a serious death wish or is delusional and believes they are invincible. Also, Mother Nature is out to get you! 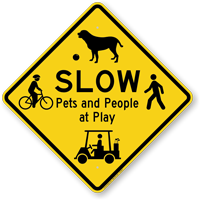 If you are a long-time motorcyclist, then defensive driving is probably second nature to you. When you’re traveling on two wheels, there is nothing but a few pounds of plastic and if you’re smart - a few meters of leather to protect you.

So you learn to watch out for long-haul drivers who are too tired to focus properly, distracted motorists who think they’re the only vehicle on the road and insane pedestrians who think that playing Dodgeball with a car is a great idea.

And considering the speeds that bikers are often traveling at - reacting in a split second can easily mean the difference between life and death. You might say that defensive drivers are paranoid drivers. And you wouldn’t be completely wrong.

The Benefits of Defensive Driving

But a defensive driver is actually just someone who is hyper-aware of what is going on around them. They have taken note of potential hazards and they instinctively have a plan of action in case any of those hazards arise.

If you are ticketed for a traffic offense, your record may be less negatively impacted and your insurance rates may not increase if you can prove you have taken a course. But that’s only if you take an official state licensed course either online or in a classroom setting.

While the things you learn from these defensive driving courses are valuable, there is a very big difference between book knowledge and actually putting that knowledge to use. You need more than an online course or a classroom lecture to truly call yourself a defensive driver.

For example, some things that good defensive drivers instinctively do include the following:

Good defensive drivers also have some basic advanced driving skills. Knowing what to do if their car aquaplanes or skids helps them to avoid collisions in heavy rain or on icy roads. The extra split second they gain from performing an emergency stop without hesitation means they might actually avoid the hazard that suddenly appeared in front of them.

It takes time to become a really good defensive driver but spending that time and the money to do it is worth the effort. Not only will your insurance company appreciate it, your family will be happy when those skills help you and them arrive alive!