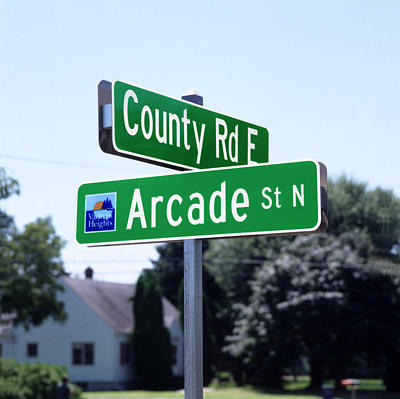 Anyone who has ever done a mail merge knows just how many different types of thoroughfare there appear to be. The history of street naming may be obvious in some respects, and esoteric in others. Here are some interesting facts about the roads most traveled.

What's in a Name

With some notable exceptions, most American cities followed similar street naming conventions until the middle of the 19th century. Names were given to urban roads, unlike those outside the city, which would often go unnamed.

Understandably, the inspiration behind most street names in the early days came from things like:

"Street" and other descriptors were not considered part of the name. What we know as "Market Street" today would have been "Market street" (as in, the street by the market).

There were important exceptions (the planners of New York's numbered streets and Philadelphia's tree names were ahead of their time), but in most American cities that was the pattern until around 1850.

Changes in Perception and Conventions

As the Industrial Revolution and urbanization progressed, the citizenry's view of Nature transformed from a hostile world into one of beauty, juxtaposed against the dirty, overcrowded cities. Nature and landscape were incorporated into public and private spaces. Roads with arboreal names proliferated from the 1850s onwards, such as Oak, Maple, Pine, Walnut, Elm, Willow, and others.

Urban expansion continued full force after the Civil War, often in the form of extensions or annexes to existing developments, and streets started taking their names from the private developers and builders. Elsewhere, names were numbered and lettered as part of grids.

In the turn of the century, architecture reverted back to classical and colonial concepts, with buildings that looked like monuments, more open building arrangements to contrast the industrial areas. People began using "Boulevard", "Terrace", "Park – words that evoked the image the developers wanted buyers to see.

With the invention and growth of the automobile, streets were often named "Drive".

For an excellent summary of the history of street naming in the United States, peruse this article and its references.

Celebrities have always been popular in terms of street naming (and renaming). Sometimes a star's hometown will rename a street after a famous inhabitant but the bulk of recognizable celebrity street names, of course, can be seen in Los Angeles.

Nowadays, we have streets named after almost everything. We can't talk about roads without giving a nod to some of the funniest (intentionally or not) street names people have seen and shared on social media, such as:

Whether you are designating an actual road or making a clever, novelty, personalized sign for a friend, there are a number of options in terms of design. Be sure to contact us to find out how you can customize your street signs.